It would be cheaper and more effective to buy a replacement Android head unit. Havoc on Jan 29, OSM is probably better even in those areas. This begins to fall apart in major cities without OSM volunteers ingesting city roadwork feeds. 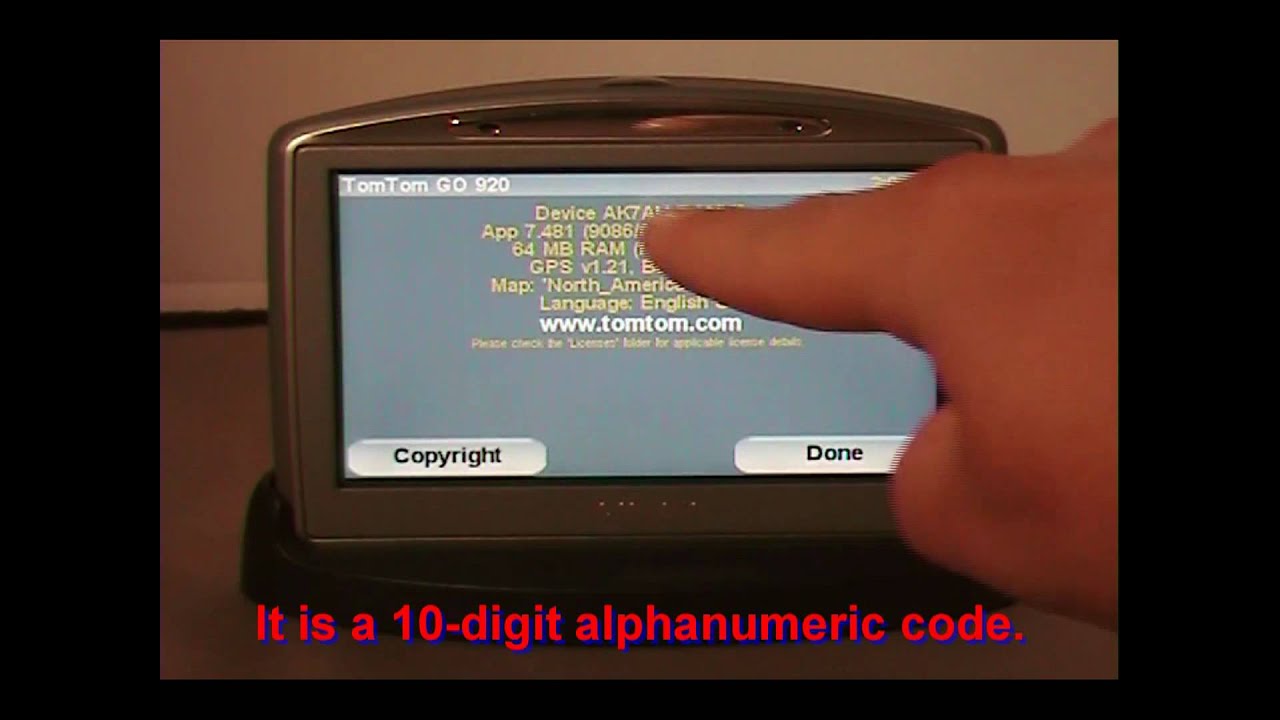 Of course, something like tomtom wouldn't represent that ideally either without a radio data or cell service JustSomeNobody on Jan 29, Waze used to still does? I don't know as I don't use Waze any more display dots on paths and as you drove it scored you and also used the data to confirm maps. Is there anything like this in the OSM world? These can then be used either to directly create that road, or by remote mappers to help align satellite imagery, and then remote map visible roads in the area. Not really.

Are you a human?

But OSM is a wiki. So there is no central body to "confirm" changes. If you want, you can just edit things as you go. You can even edit OSM on your phone e. OSM volunteers are pretty crazy, though. A friend of mine spent his time doing linework for North Korean roads.

Is this answer helpful?

It's a data sparse region for us capitalist pigs. Anywhere, there might be good data where you least expect expect it. I paid for some map updates for my older model of TomTom a year or two ago - I considered using a free alternative but I was about to go on a road trip and wanted to be sure I had the right maps for my device plus thought paying might be some guarantee of quality.

The "new" maps were out of date - road alterations which had happened 2 years previously in my home town weren't on there yet. We found various other places on our trip where it seemed the road layout had changed since the maps came out, too.


Maybe I did something wrong somehow but it wasn't a very good advert for paying for maps. As for that older TomTom, I replaced it with a newer model because the battery life had gone right down and the touchscreen was failing, but the new model touchscreen is also very unresponsive, it already needed constant charging even when it was brand new, and the interface and directions aren't as clear as the decade-old model.

I won't buy TomTom again. You do not sell to consumers, but B2B. There are 2 maps on the market you can actually license: TomTom and Here. If you want a map, that is where you have to go. Small world. I've seen your site, probably on ExPo or something. Cool trip. Someday I will put my old Defender in a container and ship it somewhere fun.

For now, it's just trips around the western U. How is navigation on these maps? Has this changed? OSM is just maps, there are plenty of routing tools available. I've had a decent experience with maps. Not a polished UX as Google or apple, but functional. Technically OSM is a database of geographic objects. You can use that to make a map, or to power a routing engine like OSRM. Technically you can edit OSM yourself and correct routing errors like that. The problem is either in the data which is easier to fix or in the router code which is harder to fix, but even filing a bug with an example is helpful.

They guaranteed the device would be kept updated for its useful life, but as soon as they stop updates the device's useful life is over so they can arbitrarily define what "lifetime" of the product is long after its sale. If the term has not been adequately and obviously defined to the customer in this way they might be liable for refunds on the bases of the product not matching reasonable expectations. Of course they'll probably get away with it though, the same way for many years ISPs got away with using the word "unlimited" to mean "unlimited except for any limits we currently apply and might decide to apply at any time in the future", though not without losing some face.

I own a TomTom sports watch which I've recommended to people in the past. I got bit by this same thing recently. I bought new windows for my house, and a selling point was they came with a lifetime warranty against manufacturer and installation defects. I only found out after reading the fine print that "lifetime" in this sense meant 10 years. Wow, pretty sure that would be totally against our consumer law in my country Australia It's not an uncommon practice in Australia from a high level.

Never looked into the legalities though One example I know of is that Kathmandu offer a "lifetime warranty" on their goods, but that lifetime is their definition for how long that item is expected to last. These numbers are entirely arbitrary and not based on their policy. It's worth remembering for things like expensive TVs that only have a short warranty, because it often pans out that the expected lifetime because of the price is higher than the manufacturer offers, but they still have to cover the fault because of consumer laws.

It's not accounting for a retrospective change though The TomTom situation is worse than that for some many? This isn't a device losing support because it is at the end of its physical life expectancy, or because of tech advances in th eX years since the customer bought it as some of the devices are still available to buy , but because they can't be bothered to keep it up-to-date.

They could at least maintain a slightly cut down version that does work on the older designs, for instance. If someone bought one of those devices in the last year or few I would hope there is a case for it being returned as "not fit for purpose". You could argue that it still works with older maps, but in some cases this could potentially be dangerous. In the case of a sports watch like mine not getting updates wouldn't be a big issue I might not get new features, but the old ones would still work, I could still use it as a distance tracker and to tell the time but for a mapping the device up-to-date maps are an essential part.

For devices still on shop shelves, any sold near a statement that updates are a feature are actively being mis-sold. Who picks up the hit for having to sell these devices off cheap: TomTom or the retailer? Some retailers are going to be as irritated as the end users. I am currently shopping for a new car. Most of the salefolks I came across actually recommended us to stay away from dedicated GPS devices, built into the car or stand alone. They actually recommend for us to use our smart phone and coupled it with Apple CarPlay or Android Auto.

The fewer electronics the car has the better IMO. I much prefer climate control and radio with knobs and levers, no screens thank you hard to get away from now thanks to silly requirement for reverse camera. Fortunately the cars I buy are old enough that they pre-date the introduction of screen-based controls.

Navigation much better on phone. Always up to date, no extra costs. I wouldn't say the reverse camera is a silly requirement. Also add that it is way harder to see out of the rear windshield in newer cars. IMO a back up camera is essential and the top-down view some newer cars is pretty nice. Just ask all the kids who get backed over in driveways. Sad to read another story every month or so, and that's just in Australia. The latter have the advantage of working passively your hearing doesn't need active focus.

Very few deaths like this in Australia. Those few deaths are almost always with huge 4WD urban assault vehicles. More common are kids drowning in backyard swimming pools. The high beltline fad is ridiculous for what it does to visibility but a rear view mirror isn't absolutely necessary.

Trucks manage fine with a fully obstructed view. Other than backing up into the trailer or a loading dock, I wouldn't think trucks have to back up often and even in those two cases, there hopefully isn't a lot of pedestrian traffic around.

Now a neighborhood driveway or Walmart parking lot, even the rear view mirror in a older car isn't good enough for me. Plenty of utility vans and pickups with service bodies have no rear visibility. They back up all the time. Trucks usually have bigger mirrors; modern cars have pretty tiny mirrors for aerodynamics I guess some classic cars just had tiny mirrors cause they looked cool, though.

The modern fake overhead view built from multiple cameras is pretty useful. Slansitartop on Jan 29, I do too. The curse of automotive UX are touch-screen soft buttons and menu-driven UIs. On a car, every major function that you might use while driving should be controlled by a dedicated physical control. This includes pretty much every function present in a car before in-dash screens became common and many things that have been introduced since.

This is true. Carmakers have realized this any many new cars support technology for your smartphone navigation app to display on the center console screen. Try to drive across continent like that. Google maps and similar will not allow you to pre-cache that much data and once you are out of cell phone coverage, you are stuffed. And by Murphy's law it will be in the middle of nowhere where you need the GPS the most.

I am driving about km back and forth across Europe every summer - from France to Slovakia and back, i.

One would say - civilized countries, no problem. Oh and I am not even mentioning the roaming charges for data. Until recently it was exorbitant - the above mentioned trip would have costed me about euro only in roaming charges if I have used a phone. It is less now after the EU forced the networks to lower the charges but it is still isn't free.

My TomTom doesn't have any of these problems.